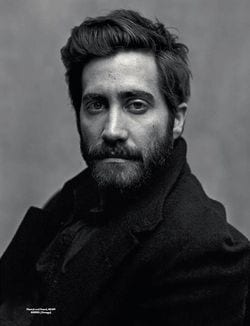 Jake Gyllenhaal to make Broadway debut…"in British playwright Nick Payne's acclaimed experimental drama Constellations, which explores the potential of love, friendship and free will against a background of quantum physics."

Lana Del Rey: "I wish I was dead already".

Adam Lambert teams up with AT&T for 'Live Proud' campaign.

U.S. Senator Thad Cochran causes stir with remarks about doing indecent things with animals: "Cochran in his speech opening was telling of his family connections to the Pine Belt area, where as a child he would often visit his grandmother in the country. He joked about 'doing all sorts of indecent things with animals' as a kid. The audience appeared to take it as intended — a joke, apparently about harassing wildlife or livestock." 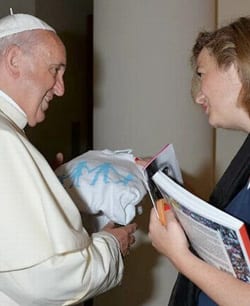 Smart cup knows what you're drinking.

Trans Latina teenager being held in solitary confinement in women's prison in Connecticut: "I have been sitting in this prison for a month now and there is no plan to get me out. I am suffering in here. I'm having trouble sleeping and I'm not eating much. I cry in bed every night. I can't be myself in this place. I feel forgotten and thrown away… DCF is supposed to be helping me, right? If this is helping me then I'm all set with being helped. I would be a lot better off being on my own. It seems like you're my last chance to get out of here. Don't forget about me. I can't take another month of this." 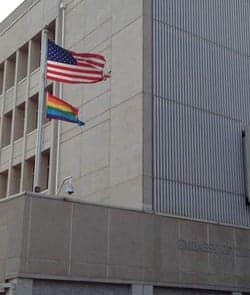 80,000 hit the streets for Israeli Pride in Tel Aviv. "Tel Aviv's openness to gays stands in contrast to conservative Jerusalem, just a short drive away, home to some of the holiest sites to Judaism, Christianity and Islam. Still, Jerusalem has a small gay scene and an annual pride parade, albeit on a much smaller scale."

Gay former BP CEO John Browne says 'glass closet' still holds many gay workers back: "If you look at the S&P 500, there isn't one out gay CEO. So, it is a clubby experience. I mean, I think many people have an unconscious bias, they do tend to select people like themselves, and so therefore they [exclude] people who are a bit different. … Hiding sexuality is something which takes away from the overall productivity, the way in which people work, and it's bound to do something which is not good for business."