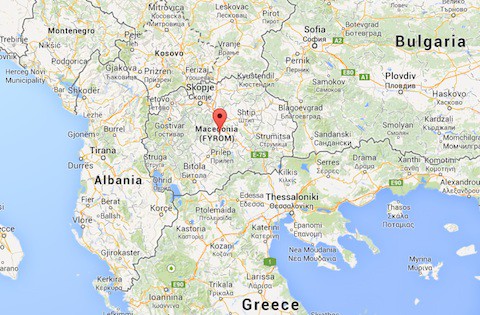 The country’s politicians agreed on July 16th to begin the amendment process proposed by the conservative government.

A spokesman for the conservative VMRO-DPMNE party said the amendment aimed to protect "traditional, family and religious values of marriage."

The proposed amendments would define marriage as a heteosexual union, set limits on Macedonia’s national debt and limit the country’s annual budget deficit to 3%.

Although President Gjorge Ivanov has said that discrimination against gay people in Macedonia is a myth, the country’s Pride parade was cancelled last year following an increase in the number of homophobic attacks.

Watch a 2012 Macedonian television interview in which minister for labor and social policy Mr. Spiro Ristovski explains why his party is opposed to same-sex marriage, AFTER THE JUMP…