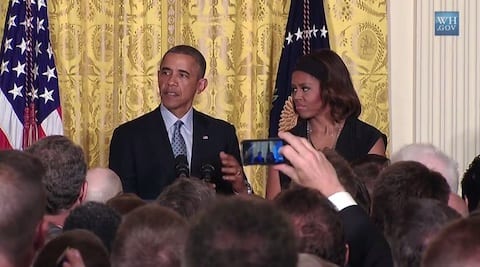 The measure was announced during a White House reception to mark LGBT Pride Month.

Speaking at the reception, Obama said:

“The majority of Fortune 500 companies already have nondiscrimination policies to protect their employees because it’s the right thing to do and because many say it helps to retain and attract the best talent, and I agree. So if Congress won’t act, I will.”

Earlier this month, the White House announced plans for an executive order banning federal contractors from discriminating against employees based on sexual orientation or gender identity.

On June 25 a group of about 140 religious leaders and advocates for religious freedom asked Obama to secure an exemption for faith-based groups from the pending executive order.