On Wednesday, Lebanese NGOs called for the immediate release of 27 men detained in Beirut last week after police received a tip that the group were at a Turkish-style bath house looking for sex with other men. 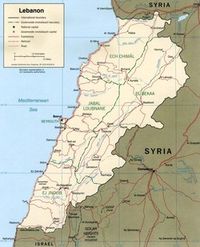 On Aug. 9, a unit with the judicial police’s Moral Protection Bureau raided the Agha hammam after a detainee told police at the Hbeish police station in Hamra that gay men sought “sexual encounters with other men” there, the NGOs said in a joint statement.

Police arrested the owner of the hammam, the employees and several clients. All clients remain in custody at the detention center, the statement said, quoting a colonel at the police station

“We made contact with the detainees who expressed their discomfort and confusion regarding the process of the investigation and the charges. It has also come to our attention that at the time of the raid no public sexual act was taking place at the Agha hammam, and the investigation at the police station revolved mainly around the detainees’ alleged (homo)sexuality,” the statement said.

“We denounce this incident as a case of homophobic practice that aims to police the sexual rights and liberties of the individuals involved and we call on the General Prosecutor and Hbeish police station to respect the dignity of the detainees and their rights to their (sexual) bodies,” it added.