Scott Lively has taken to promoting a brochure attacking gay-affirming Christians, even those who disagree with the religious right’s odd obsession with homosexuality but believe it to be a sin 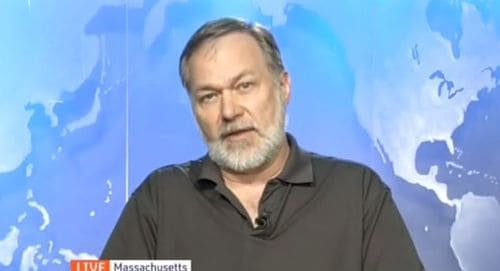 Vile homophobe Scott Lively has taken to promoting a brochure attacking gay-affirming Christians, even those who disagree with the religious right’s odd obsession with homosexuality but believe it to be a sin, reports Right Wing Watch.

Lively is known for helping to spread anti-gay laws in Africa (an allegation he denies) and for his book The Pink Swastika, which blamed gay people for the rise of Nazi Germany.

The brochure, A Biblical answer to the question of homosexuality and the rise of “gay theology” in today’s church, is being promoted by Lively on BarbWire, the virulently homophobic website belonging to anti-gay wingnut Matt Barber. 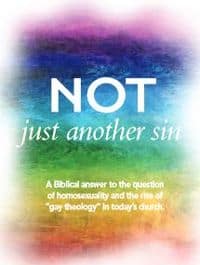 It includes 18 short interpretations of Bible passages that Lively says make his point that homosexuality is “the harbinger of God’s wrath.” It also states that:

In the BarbWire post, Lively says the LGBT equality movement is pursuing a long-term “blueprint for supplanting Biblical morality with sexual anarchy — in essence, the overthrow of family-centered Christian civilization.”

He argues that the “one last barrier to ‘gay’ cultural hegemony remains: the Christian church. All of the battle-hardened ‘gay rights’ activists with all of their formidable resources are mobilized for an assault on Christianity itself under the hijacked rainbow banner of ‘Gay Theology. Indeed, the process has already begun, like the retreat of the tide before the tsunami.”

Lively also takes the time to sell his hatred for hard cash, referring to himself as “one of a small group of highly educated and experienced pro-family advocates available on a limited basis for speaking, seminars and Christian media interviews at sdllaw@gmail.com.”

And in case you missed it earlier this month, watch Lively's 'debate' with newly out Christian singer Vicky Beeching, AFTER THE JUMP… (the debate starts at the 5-minute mark, following a profile of Beeching.