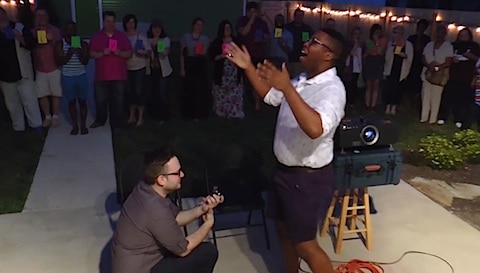 Towleroad reader Matthew C shares the video of his surprise proposal to his boyfriend TJ, and it is sure to have you reaching for the tissues. 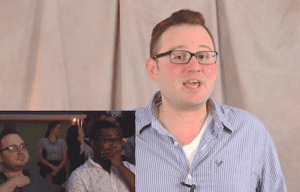 Writes Matthew of the set-up:

I had my friends convince my boyfriend TJ to throw me a surprise birthday party, including a funny birthday "roast" video projected on the side of our house.

At 6:50 I hijack the video and at 8:35 you can see that TJ finally realizes what is going on. 11:00 marks where TJ spots his Grandma / family that we snuck into the party while everyone was focused on the video.It was a perfect night!

Check out the emotional proposal, AFTER THE JUMP…