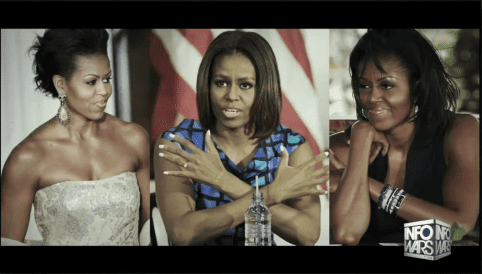 Unable to come up with cogent arguments as to why, precisely, Michelle Obama's promotion of healthy eating is a bad thing beyond the fact that they simply don't like being told what to do, right wing talking heads are taking pot shots at her figure. Such thoughtful observations include:

Compassionate conservatism at its absolute finest. You can listen to the intellectual giants of the right, all of whom surely have the physical fitness of a 22-year-old track star and bodies of the Greek Pantheon itself, speak for themselves AFTER THE JUMP…