In an interview with The Daily Beast, John Travolta has addressed allegations by a male former employee that they had a six year affair. 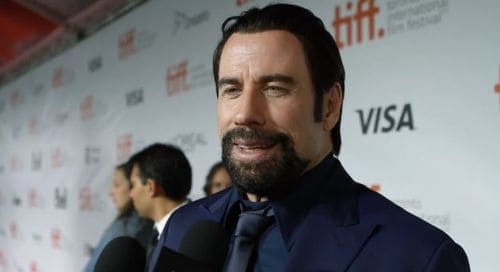 In an interview with The Daily Beast, John Travolta has addressed allegations by a male former employee that they had a six year affair.

In July, a California appeals court judge ruled Travolta can no longer stop Douglas Gotterba from telling his side of the story. Gotterba claims that his working relationship with the actor became more personal when he was employed by Travolta’s aircraft company Alto in the 1980s.

“This is every celebrity’s Achilles heel. It’s just about people wanting money. That’s all. It happens on many levels.

Also, I don’t care that much about it. Other people may attack it back more than I do, but I let all the media stuff go a long time ago because I can’t control it. I think that’s why it persists, to some degree.

I found [the allegations] most offensive with the loss of my son. I felt like that was the lowest I’d ever felt. Sex stuff is always going to be interesting to somebody, but you stay away from family. You really should. With that, I always felt like the media—not all of the media, but parts of it—went too low there.”

Watch an interview with Travolta at a premiere for The Forger, AFTER THE JUMP…

Previous Post: « Let Annie Lennox Take You on a 7-Minute ‘Nostalgia’ Trip in Her Luscious Album Preview: VIDEO
Next Post: This Map Shows Where Gay Couples Can Marry Across Latin America: INTERACTIVE »