South Africa’s first gay-friendly mosque could be shut down barely a week after it opened because it has violated municipal by-laws by not having any parking spaces, reports AFK Insider.

According to Taj Hargey, the director of the “forward thinking” organization Muslim Educational Centre of Oxford and Imam of the university’s Islamic Congregation, the Open Mosque in Wynberg, a Cape Town suburb – which opened last Friday – welcomes all genders, religions and sexual orientations. The mosque also allows women to lead prayers. 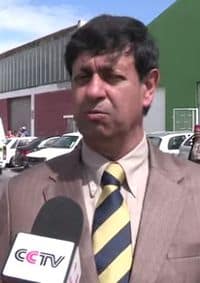 Hargey said that he has received many positive responses to the mosque but confirmed that he has also received “a lot of death threats.”

The Muslim Judicial Council, an umbrella organization of the South African Islamic clergy, condemned the mosque, stating that Hargey’s establishment cannot be considered a true mosque given that it does not adhere to both the Qur'aan and the teachings of the Prophet Muhammad.

However, Hargey told the BBC that although his “autonomous and independent” mosque has been targeted by the City Council using “ridiculous bylaws,” he “will not be threatened by them or anyone else.”

Elsabeth Muirhead said that, as a Unitarian, she went to the opening to support the mosque's message of "tolerance, interfaith dialog and equality with women."

Watch a report on the opening of the Open mosque, AFTER THE JUMP…

Previous Post: « Jimmy Kimmel Gives Tourists on Hollywood Blvd A Taste of Their Own Medicine: VIDEO
Next Post: What Makes Amazon’s ‘Transparent’ So Special? »