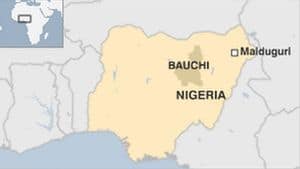 As David Mixner wrote earlier this year, "Not only does the law ban marriage equality but also any LGBT relationship. If discovered, gay couples will be sentenced to fourteen years in jail. That is bad enough. However, it also provides for ten years in jail for forming any LGBT organization or supporting the formation of one. The law criminalizes even meetings between homosexuals." 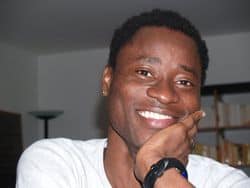 The court tossed the case out because they said the person who brought the case could not prove he was effected by it — the man in question does not live in Nigeria and is married to a woman with wife and children. His name is Teriah Joseph Ebah, 42, and he's lived the last 14 years in the UK. Said Ebah to Buzzfeed News: “I decided I wasn’t going to accept a Nigeria that was discriminatory.” His official complaint cites a violation of human rights protections of Nigerian Law.

On the bright side, Buzzfeed reports, this may not be such a setback for Nigerian LGBT activists as you might expect. They say Ebah brought the case independent of them without consulting them. Buzzfeed quotes Nigerian activist Bisi Alimi (pictured), who says the dismissal “opens a better door for us to challenge the law."

Previous Post: « LGBT Hate Crimes Bill Advances in Philly As Statewide Bill Stalls in Harrisburg
Next Post: Rep. Steve King Doesn’t Expect to Meet Gays In the Afterlife, Should He Make It to Heaven: VIDEO »