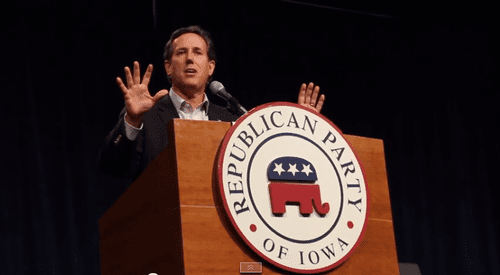 Former senator and likely presidential candidate Rick Santorum has said the only reason young people support gay rights is because they have never heard any arguments to the contrary, reports Right Wing Watch.

Speaking yesterday during an interview with Tony Perkins, president of listed hate group Family Research Council, Santorum said that the anti-gay lobby is losing in the battle for LGBT rights because “[LGBT activists] have effectively silenced the church on a lot of those issues and young people don’t even know what the opposing view is on these issues.” 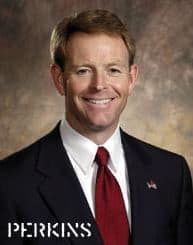 On the issue of pastors in Houston suing the city for rejecting their petitions to repeal a non-discrimination ordinance, Santorum said:

“I really believe in this subject matter at hand with the gay community that a Judeo-Christian worldview cannot survive with a worldview that is as rabidly secular as this movement is.

“One is going to battle the other and I can tell you that the statists, these secular statists, do not want the competition that comes from the church and so they are going to do everything they can to marginalize them, to force them out of the public square to be quiet.

“They’re going to use, as they have, the Johnson amendment, try to use the IRS and the tax code to do so, they’re going to use every lever of power the government has to keep this competition of ideas silent so they can win the argument.”