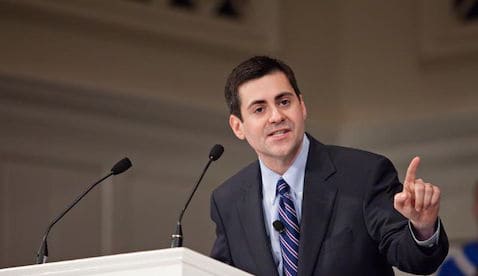 The American Psychological Association has urged mental health professionals to avoid “ex-gay” therapy since 2009. Since then, California and New Jersey have passed laws banning conversion therapy for minors.

Speaking to journalists at the group’s national conference yesterday, Moore, who serves as president of the Ethics and Religious Liberty Commission, said that “ex-gay” therapy has been “severely counterproductive.”

“The utopian idea if you come to Christ and if you go through our program, you’re going to be immediately set free from attraction or anything you’re struggling with, I don’t think that’s a Christian idea.

“Faithfulness to Christ means obedience to Christ. It does not necessarily mean that someone’s attractions are going to change.

“The Bible doesn’t promise us freedom from temptation. The Bible promises us the power of the spirit to walk through temptation.

“The idea that one is simply the sum of one’s sexual identity is something that is psychologically harmful ultimately. And I think also we have a situation where gay and lesbian people have been treated really, really badly. The response is not shunning, putting them out on the street. The answer is loving your child.”

On the same morning that Moore made similar comments to an audience of 1,300 people, three representatives from the “ex-gay” movement spoke at the conference.

In July, "ex-gay" Yvette Schneider published a “coming out” interview with GLAAD calling for bans on reparative therapy.

Watch Moore discuss his opinions on same-sex marriage, AFTER THE JUMP…