Andy Cohen Dishes On How He Pissed Off Barbara Walters While Co-hosting The View: VIDEO - Towleroad Gay News 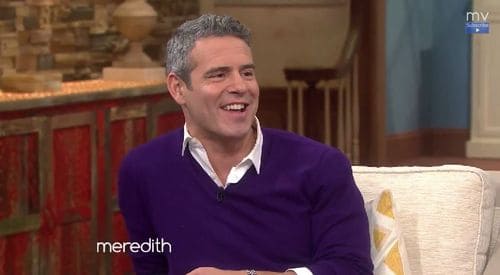 Bravo host and executive Andy Cohen stopped by Meredith Vieira's show the other day to talk about his new book, The Andy Cohen Diaries. While there, Andy shared a story featured in the book about how he offended Barbara Walters with an unintentional "old person joke" while he was co-hosting The View earlier this year.

"I could tell the minute I said it," Andy said. "Cold front emanated from my left."

Andy also chatted with Meredith about the book party that Anderson Cooper threw for him and snapping a selfie with Monica Lewinsky and NeNe Leaks.