A wedding planner in Phoenix, Arizona, has refused to do business with a same-sex couple planning to marry in December 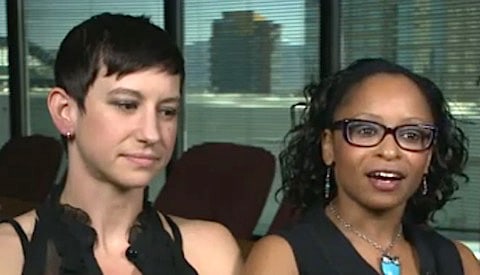 A wedding planner in Phoenix, Arizona, has refused to do business with a same-sex couple planning to marry in December, reports AZ Central.

In February 2013, Phoenix, the sixth most populous city in the U.S., passed broad laws barring discrimination against LGBT residents.

Crystal Allen and Kenyata White had made contact with AffordableWeddingMinister.com, but Susan Latimer refused the business when she realized that the couple she was preparing to marry were two women.

In an email to the couple, Latimer wrote “we are very uncomfortable with same-sex marriage as it is directly against our beliefs. We would not be a very good fit.”

“We really Love Jesus, God the Father and The Holy Spirit. We believe Jesus loves everyone and the concept he gave is … Marriage is HOLY and right for one man and one woman.”

The website also claims that the company is “non-judgemental.”

AZ Central goes on to recommend that the couple “don’t play into the hands of those who are itching for a reason to bring back Senate Bill 1062, last year’s debacle of a bill that attempted to legalize discrimination in the name of the Lord.”

Attorney Brendan Mahoney, who co-wrote the city’s LGBT anti-discrimination law, said that because Latimer is a licensed minister she can decide who she wants to work with.  Mahoney added that Allen and White would be best served to “go find a place that wants to marry you, that looks forward to marrying you, and have a happy wedding.”

Previous Post: « Gay MLS Player Robbie Rogers Gets Contract Extension, Prepares To Release Autobiography
Next Post: Adam Levine on Blake Shelton: ‘He Wants to Have Sex With Me For Sure’ – VIDEO »