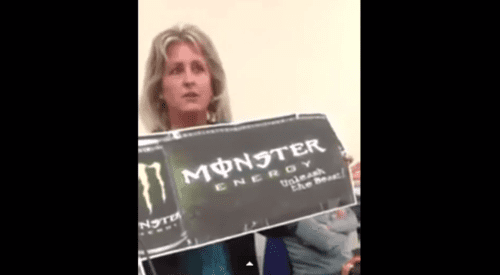 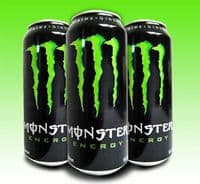 To the woman's credit Monster has dealt with its fair share of health-related criticism in the past. In 2011 a 14-year old girl died after drinking two cans of Monster that, in total, contained about 475mg of caffeine.

While "cardiac arrhythmia due to caffeine toxicity" was determined to have been the cause of her death, it seems worth mentioning that the girl had a pre-existing heart condition as well as Ehlers-Danlos Syndrome, a chronic disease that weakens the connective tissues crucial to healthy muscle function.

The following year another teenager died after consuming two cans of Monster per day for three years straight. Earlier this year a third family filed a lawsuit against the company for the untimely death of Shane Felts, an adult man who died after drinking Monster regularly for a week. Since 2004 there have been 34 documented deaths that have been linked to energy drink use.

The FDA, in response, has made moves to require manufacturers to prominently display warning labels on the beverages, and a number of local legislators have attempted at prohibiting their sale to minors. Generally speaking, however, the push to crack down on Monster and similar energy drinks has more to do with their concentrated amounts of sugar and chemicals as opposed to, you know, the Devil.