Stereoshock: ‘The Letter’ and ‘The Messenger’ 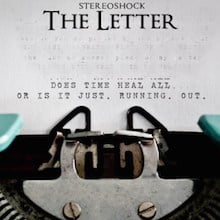 Under the Stereoshock name, Josh has been releasing EDM for a number of years but he has taken a change of direction with his new work.

In Josh’s own words, “‘The Letter’ is a musical story about a protagonist, who leaves his family in order to regain a sense of direction in his life. However, throughout his travels, he realizes that time is not always the best resolution. This record represents a valuable life lesson, and provides us with a greater understanding of the power that time truly holds. Life around us will move on, whether we choose to participate in it or not.”

Tearing up Soundcloud for the past few months, Stereoshock could well blow your tiny mind.

The sisters sing in English and Yoruba and play Díaz’s signature instrument, the Cajón.

I mentioned Anglo-Norwegian musician Sasha Siem a few weeks back and she’s worth another turn with these two quite brilliant remixes of her track ‘Proof.’

If PJ Harvey’s ‘Man-Size (Sextet)’ is your idea of heaven, the pure and stark emotion of both the Icelandic and New York remixes will send a shiver down your spine. 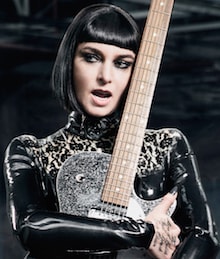 Coming in from the cold with her last two albums, Sinead O’Connor continues her rehabilitation with ‘8 Good Reasons’, the second single taken from I’m Not Bossy, I’m The Boss.

Sinead is probably one of those artists that you love or hate.

Unfortunately known mostly for the controversy she has continually attracted (and perhaps courted) for the past 25 years, nobody expected 2012’s How About I Be Me (And You Be You)?, which was probably her best and most satisfying album to date.

Even less expected was that she could go one better with this year’s I’m Not Bossy, I’m The Boss, an album of mostly perfect songs some of which are – she says – told from the perspective of four fictional characters.

It’s hard to buy that on songs like 'Take Me To Church' and 'The Voice Of My Doctor', but who cares when the result is so perfect? Unless you hate her…

‘Colours’, taken from their forthcoming debut album, is massive, epic indie rock with the emotional heft of Blue October backed by the cinematic pop qualities of Keane and Coldplay.

The Written Years: ‘It’s Not Your Fault’

The Written Years is an indie rock outfit from Vancouver, Canada, that has been slowly building up a strong following since the release of their brilliant self-titled debut album earlier this year.

Their music has elements of indie rock, alt folk and americana with an overarching feeling of loss and pure emotion akin to indie pop miserabilists Frightened Rabbit, The Twilight Sad and The Veils.

Just released last week is the official video for album track ‘It’s Not Your Fault.’

You can download The Written Years' It’s Not Your Fault EP by donation at http://thewrittenyears.bandcamp.com with all proceeds going to help prevent sexual and physical abuse, violence, and assault against women.