Anti-gay activist Dr. Ben Carson, who has compared gays to pedophiles and people who have sex with animals, thinks that supporters of gay rights are using “hate speech” to split the U.S. apart 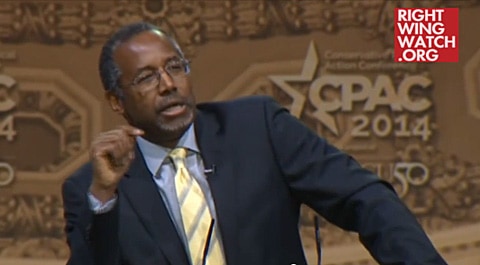 Anti-gay activist Dr. Ben Carson, who has compared gays to pedophiles and people who have sex with animals, thinks that supporters of gay rights are using “hate speech” to split the U.S. apart, reports Right Wing Watch. 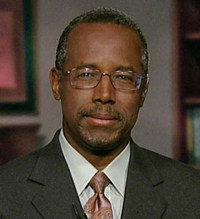 In an interview with Christian Broadcasting Network last Tuesday, Carson – who thinks that being bisexual means you have to have sex with men and women at the same time – also implied that god has suggested he should consider running for president.

He added that gay rights activists are “hateful people” and “the enemies” of America because they “try to divide everybody up” and “incite people to anger and to hatred.”

“A good example would be somebody who is pro-life, the inciters would come along and say, ‘you’re anti-women, you hate women’ and they try to get women to hate you, when in fact you love women, you just happen also to love life and love babies. But that’s how they try to create the divisions.

“Somebody who is pro-traditional-family, they’ll come up and say, ‘he’s a homophobe, they hate gay people, they’re nasty’ and they just try to incite all this stuff really to further their own agendas.”

Carson failed to make clear how his incitement to hatred against gay people fits into the scheme.

Watch the interview with Carson, AFTER THE JUMP…

Fast becoming a familiar theme among anti-gay wingnuts, earlier this week Scott Lively said that the continued acceptance of gay rights is leading to the destruction of the United States.  It has since been announced that Lively will stand trial for crimes against humanity because of his mission to instigate anti-gay laws in countries including Uganda and Russia.