Seemingly backtracking on promises made for a more inclusive Catholic Church, Pope Francis has indicated that same-sex marriage is not on the agenda 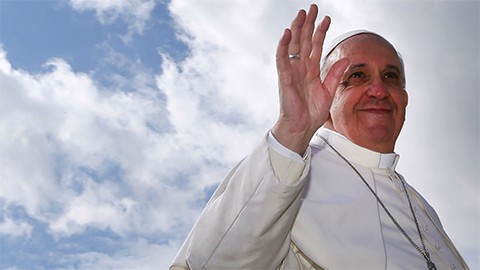 Seemingly backtracking on promises made for a more inclusive Catholic Church, Pope Francis has indicated that same-sex marriage is not on the agenda, reports the Independent.

Seen by some as a reformer, Francis earlier this year suggested the church might support civil unions for same-sex couples. Last month, he demoted anti-gay U.S. Cardinal Raymond Burke.

At a meeting of bishops in October, it was declared that gay people have “gifts and qualities to offer.” However, following a backlash from conservatives, the church announced that the statement was part of a “working document” that did not reflect a change in the official Catholic stance on homosexuality.

In an interview published yesterday in La Nacion, Francis said that although the church must help parents to stand by their gay children, official Catholic acceptance of same-sex marriage is not being considered. 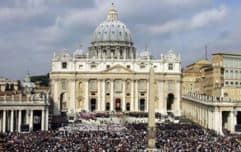 “What [the synod] did talk about was of how a family with a homosexual child, whether a son or a daughter, goes about educating that child, how the family bears up, how to help that family to deal with that somewhat unusual situation.

“That is to say, the synod addressed the family and the homosexual persons in relation to their families, because we come across this reality all the time in the confessional: a father and a mother whose son or daughter is in that situation. This happened to me several times in Buenos Aires.

“We have to find a way to help that father or that mother to stand by their son or daughter.”

However, he added that “nobody mentioned homosexual marriage” at the synod because “it did not cross our minds”.

Watch a report on the opening of the October synod, AFTER THE JUMP…

Previous Post: « New Zealand Pastor Says Gays Should Kill Themselves Or Be Put To Death By The Government: VIDEO
Next Post: Federal Law Enforcement to Adopt Stricter Polices on Sexual Orientation and Gender Identity Profiling »