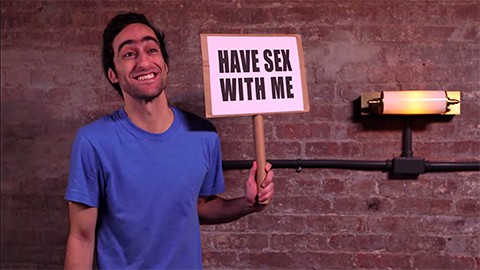 For those who are old-fashioned and prefer to pick up a bloke in a bar as opposed to on an app, gay YouTube vlogger Hat (“Just a guy in a hat who likes boys”), who viewers may remember from his video on the taxonomy of the gay animal kingdom, puts his pith to good use and shares some punny pick-up lines sure to get you laid. Though Hat doesn't like drinking or bars, he still delivers some winners sure to grab a guy's attention. Who could resist the pure charm of a line like, "You remind me of jenga. Because I want to pull on your wood until you fall for me"?

The video also features out gay actor and fellow YouTuber Troye Sivan who makes a cameo appearance at the end you won't want to miss. 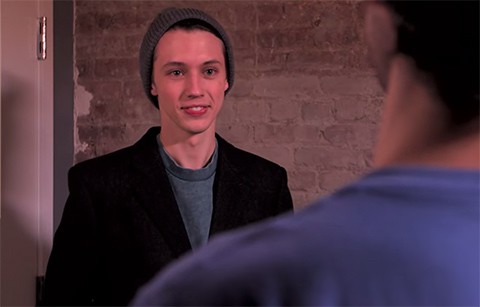 Previous Post: « Plano, Texas, Passes LGBT Protections In 5-3 Vote Despite Threats From Anti-Gay Groups: VIDEO
Next Post: Gay, Bi, Transgender: The 80 Most Powerful Comings Out of 2014 »