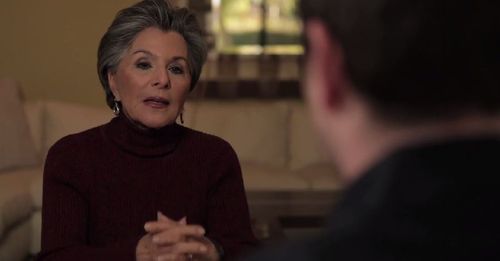 After four terms as California's junior senator, Barbara Boxer has announced she will not seek re-election in 2016, NPR reports:

"I will not be running for the Senate in 2016," she said in a taped interview with her grandson Zach Rodham.

Boxer, 74, said neither age nor partisanship in Congress were factors in her decision.

Boxer, the junior senator from California, was first elected to the Senate in 1992. She served in the House for a decade before that. She was a strong supporter of environmental protections, abortion rights and gun control.

Boxer, a liberal, was a favorite to retain her seat had she run. She said she would work to ensure her Senate seat would remain with Democrats.

Boxer says she will continue working on progressive issues through her political action committee, PAC for a Change, in California. She has been a longtime champion of LGBT equality.

The news came unexpectedly to House Minority Leader Nancy Pelosi who first heard about it at a press conference earlier today when a reporter caught Pelosi off guard by asking her thoughts on Boxer's retirement.

Watch Pelosi's startled reaction and Boxer's announcement, AFTER THE JUMP…

Previous Post: « Vietnam Relaxes Its Stance On Gay Marriage
Next Post: The OXD Mirror: Catch a Fever With Fiorious and Other Sizzling New Singles »