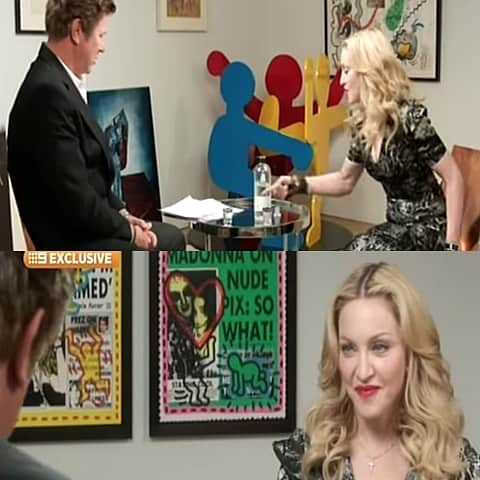 Madonna's 13th studio album Rebel Heart is not due until March 10 but an undoubtedly well-coordinated media blitz got underway this week in Australia, with an interview with Richard Wilkins on the Today show.

At the beginning of the interview, Madonna instructed Wilkins that it was not an interview, but a drinking game.

Guess who walked out of the interview sober?

Wilkins' questions about Taylor Swift, Lourdes, and the hacker who was arrested for leaking Rebel Heart pass the shot test, but things take a turn when he asks her about reinventing herself.