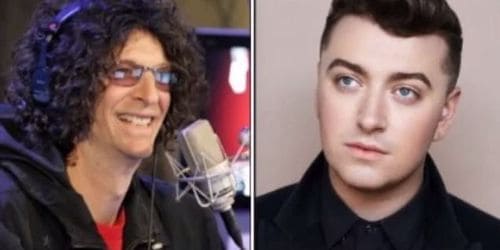 Sam Smith took to Twitter over the weekend to respond to shock jock Howard Stern's backhanded compliment last week that the crooner was a "chubby and gay" one-hit wonder and an "ugly motherf–er."

He also retweeted a note of encouragment from actress Bonnie Hunt:

For those keeping track, Smith has two songs on the Billboard Hot 100 chart this week "I'm Not the Only One" and "Stay With Me". His debut album In the Lonely Hour has sold over 1.2 million copies and was the third best-selling album of 2014 behind Taylor Swift's 1989 and the Frozen soundtrack.

Previous Post: « Gay Man Creates $50,000 Indoor Playland for His 15 Rescued Cats: VIDEO
Next Post: Saks Fifth Avenue Is No Longer Claiming It Has A Right To Discriminate Against Transgender Workers »