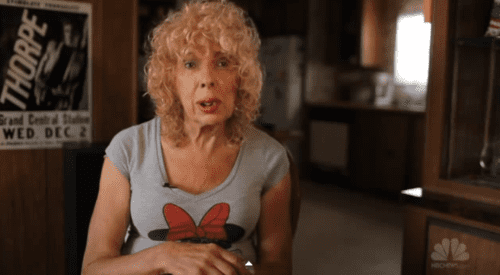 Last May a panel of officials from the Department of Health and Human Services convened and decided that the department would, for the first time, include coverage for gender reassignment surgeries under Medicare. The decision came after Denee Mallon, a 75 year old army veteran, had her initial request to medically transition under Medicare denied. As a transwoman in her seventies, Mallon explained to the Health Department’s appeals board that she often felt as if ageism came into play when telling her story.

"When people ask if I am too old, it feels like they are implying that it's a 'waste of money' to operate at my age,” she explained. “But I could have an active life ahead of me for another 20 years."

In a recent MSNBC profile Mallon talks about her life as a transwoman seeking medical help at a time when trans-needs weren't well understood or accepted by the medical community. Like many trans-identified people, Mallon first began experiencing gender dysphoria at a relatively young age and fought to make sense of her situation for most of her life. Though she eventually came to identify as trans and sought to transition in the late-seventies, she was met with substantial social roadblocks.

Because Mallon still expressed interest in other women, her doctors reasoned, they would not approve of the surgeries they felt were elective. By the time Mallon attained the necessary doctor’s approval, she could no longer afford the surgeries. Months after the Health Department’s ruling, Mallon has finally had the surgery she’s fought for for decades.

“I feel congruent, like I’m finally one complete human being where my body matches my innermost feelings, my psyche,” she explained days after entering her post-surgery recovery. “I feel complete.”

Listen to Denee Mallon speak about her journey AFTER THE JUMP…

Previous Post: « From Will and Grace to Modern Family: The Global Effect of Gay Characters on American TV – VIDEO
Next Post: Florida AG Pam Bondi Extends Insincere Olive Branch to the Gay Couples She Fought So Hard Against »