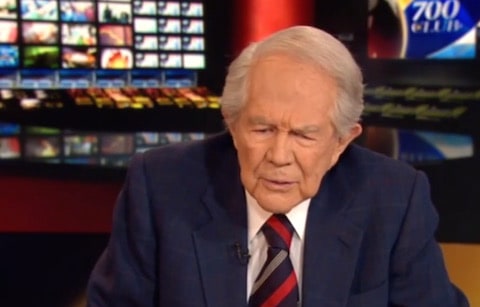 700 Club crazy person Pat Robertson has always had a tenuous grasp of reality at best, so it's little surprise that a persecution complex is rearing its head in his latest diatribe against the gays by claiming that the repeal of "Don't Ask, Don't Tell" actually means that now Christians in the military will have to go into hiding.

According to Robertson, military chaplains are being pressured to refrain from condemning homosexuality…which, naturally, is the oppression of religious freedom and the "muzzling" of religious leaders.