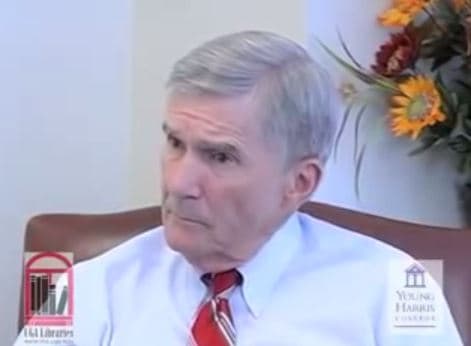 Bowers, who served as attorney general from 1981 to 1997, defended Georgia’s sodomy law in the landmark Supreme Court case Bowers v. Hardwick. He also ignominiously rescinded a job offer to Robin Shahar after he found out that she planned to have a same-sex commitment ceremony with her then-partner. In 2013, Shahar was appointed as Atlanta Mayor Kasim Reed's LGBT adviser.

Despite this anti-LGBT past, Bowers is expected to hold a news conference tomorrow to discuss his analysis of the pending legislation which is modeled in part on the federal Religious Freedom Restoration Act.

He has said that the legislation would provide an “excuse to practice invidious discrimination” and "permit everyone to become a law unto themselves in terms of deciding what laws they will or will not obey, based on whatever religious tenets they may profess or create at any given time.”

Additionally, Bowers has concluded that the measures could be used to “justify putting hoods back on the Ku Klux Klan” because people could use religious exemptions to the Anti-Mask Act which aimed to reduce the KKK’s presence in the state.

Watch a 2012 interview with Bowers relecting on his time in Georgia politics, AFTER THE JUMP…