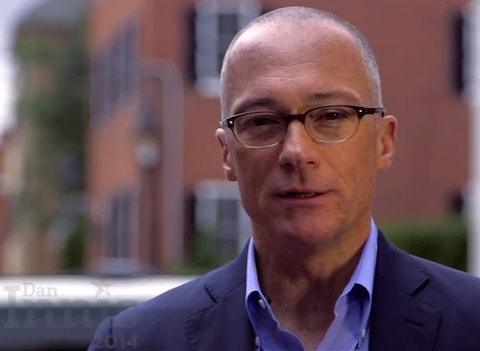 Dan Innis, a married gay man who ran unsuccessfully for Congress in New Hampshire, has been confirmed as a member of the state Republican Party’s leadership.

The appointment was supported by Sen. Kelly Ayotte and Rep. Frank Guinta, the two Republican members of the state’s congressional delegation.

In a statement, Horn said:

“I am pleased that Dan has agreed to dedicate his time and considerable talents to helping Republicans raise the resources that we need to compete with the Democrats.

“I am proud to have Dan on my team and look forward to his contributions to the New Hampshire Republican State Committee.”

Innis is a professor at the University of New Hampshire and owner of the Hotel Portsmouth with his husband, Doug Palardy.

Watch Innis announce his run for Congress in 2013, AFTER THE JUMP…