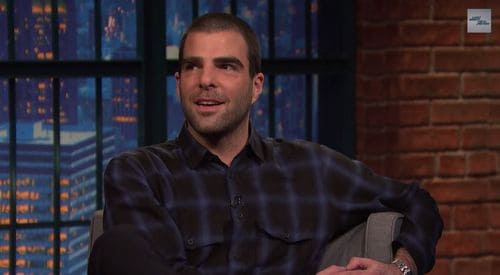 Zachary Quinto stopped by Late Night with Seth Meyers last night and revealed he'll be featured in a very revealing two episode arc on this season of HBO's Girls.

You will see a lot of me on Girls…even though I only did two episodes.

Meyers followed up by asking if we'll get to see "full Quinto" on the show.

Previous Post: « It’s Oscar Weekend! Here are the Predictions. What Are Yours?
Next Post: 5 Things You Can’t Miss in St. Petersburg, Florida »