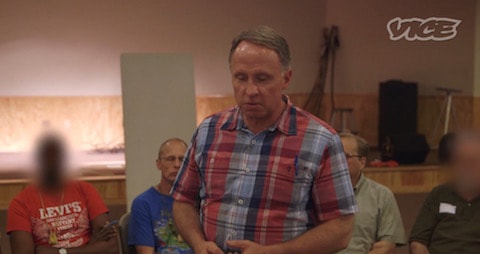 Conversion therapy, the practice where patients try to be "cured" of their homosexuality or "wrong" gender identification, has long since been discredited and deemed harmful. And yet, poor souls brought up in environments where they are taught to despise themselves still seek this treatment out. VICE has posted two parts of a three-part documentary on the world of conversion therapy through exclusive access to the Journey into Manhood program, and thus takes a different tone from the last time we mentioned Journey into Manhood when the reporter snuck in.

One would expect the documentary to be enraging – and listening to NARTH-founder Joseph Nicolosi insist that everyone is naturally heterosexual certainly angries up the blood, as does every other lie that dribbles out of his mouth – but it's more tragic than anything. A bunch of men who have been lied to at every turn and have been taught to hate themselves come together to try, in their own unskilled and awkward way, to "fix" something that isn't broken and reclaim masculinity that they think they've lost. It's especially sad to hear some of the men talk about how they were bullied and abused and driven to the point of suicide…and still think that the problem is within them, not with the cruelty and hatred of others.

It's a rough watch, but it is absolutely worth your while. You can find the first two parts of the documentary, totaling about 20 minutes runtime, AFTER THE JUMP… 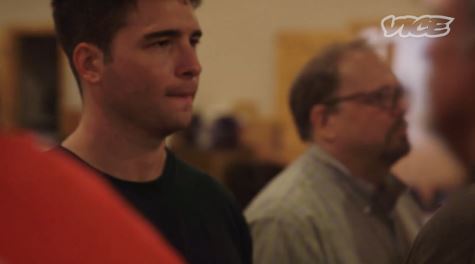