Pentecostal chaplain Lt. Comdr. Wesley Modder may be kicked out of the Navy because of his anti-gay religious beliefs 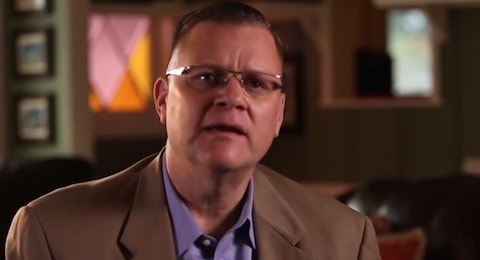 Pentecostal chaplain Lt. Comdr. Wesley Modder may be kicked out of the Navy because of his outspoken anti-gay religious beliefs, reports Military Times.

Modder was given a “detachment for cause” letter in February after it was decided he is "unable to function in the diverse and pluralistic environment" because of his intolerance towards gay people and premarital sex.

Currently based at the Navy Nuclear Power Training Command in South Carolina, Modder is fighting the dismissal with attorneys from the anti-gay Liberty Institute.

The February letter cites several specific incidents in which the chaplain offered inappropriate counseling to sailors in the command.  Specifically, he told a female that she was "shaming herself in the eyes of god" for having premarital sex, told another student that homosexuality was wrong and that "the penis was meant for the vagina and not for the anus” and suggested to a student that he had the ability to "save" gay people.

A number of sailors filed equal opportunity complaints against Modder and commanders agreed that allowing vulnerable sailors to be counseled by him is "a recipe for tragedy.”

Liberty Institute attorney Michael Berry said the effort to fire his client reflects a broader cultural change in the military:

"I think what we are seeing is a hostility to religious expression in the military now. What we're seeing is this new modern, pluralistic, Navy where service members are encouraged to be hypersensitive, especially about issues of faith, marriage and family."