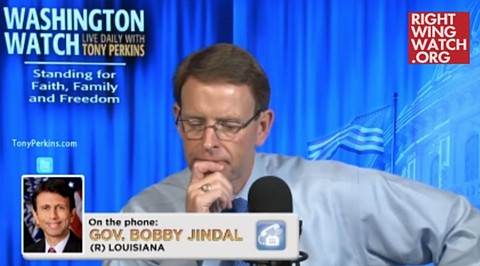 Said Jindal, who is a potential GOP presidential candidate:

“Now that evangelical Christians are the ones that are being discriminated against, the left does not want to accommodate them in the same way. What’s really underneath all of this is the left preaches tolerance and diversity and openness, and that’s true, unless you disagree with them. They don’t want to discriminate anybody unless you happen to be a conservative, or in this case, an evangelical Christian, and that’s the hypocrisy in this.”