For the fourth time, the Northern Ireland Assembly has rejected legislation allowing for same-sex marriage

For the fourth time, the Northern Ireland Assembly has rejected legislation allowing for same-sex marriage, reports the Belfast Telegraph. 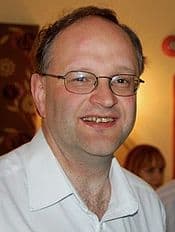 Brought forward by Sinn Fein, the DUP – party with a long history of anti-gay views and policies – used a blocking mechanism to ensure the motion’s defeat.

"This is not a serious debate. Clearly this motion is an attack on the symbolism of marriage and the institution of marriage and an attempt to redefine marriage. My party believes, and I believe also, that marriage is between one man and one woman and once you redefine that you lose the essence of marriage itself."

"We need to be seen to be embracing all members of our community. There is no reason why the north of Ireland should be the only place on these islands that doesn't have marriage available to same sex couples."

"The Alliance Party…supports the extension of state provided civil marriage to same sex couples, provided that robust legislative protection can uphold the religious freedom of faith groups to define and practice religious marriage as they determine.”

Listen to his comments, AFTER THE JUMP…