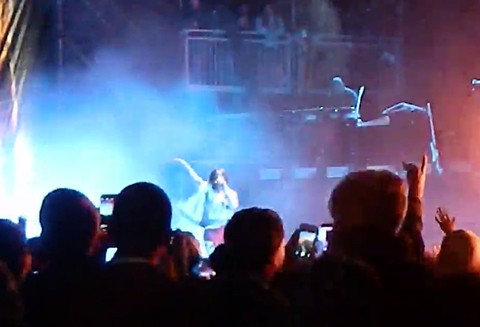 Rihanna blasted Indiana's Religious Freedom Restoration Act during her set at the March Madness Music Fest over the weekend at Indianapolis' White River State Park before a performance of "Live Your Life".

"Who’s feeling these new bulls–t laws that they’re trying to pass over here? I say f–k that s–t!" I wanna hear you say "F— that s—!" "Cause we’re just living our motherf—ing lives. Indiana!"

Thanks, @jackantonoff for your amazing performance in #Indy yesterday and speaking out for #LGBT Hoosiers! #RFRA pic.twitter.com/o3AGKZAytk

Thanks to the awesome frontman @jackantonoff and @bleachersmusic for a sick concert! pic.twitter.com/RqLFIY75P3