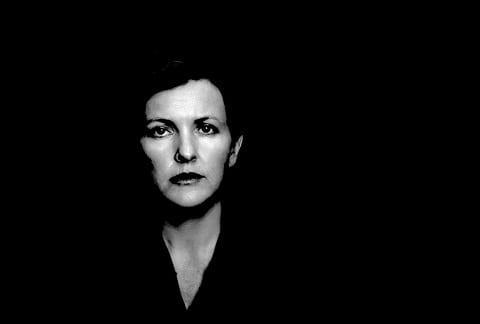 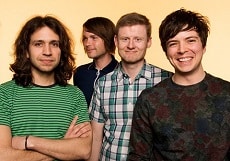 With a sound somewhere between The Jesus and Mary Chain, Smashing Pumpkins, Slowdive and The History of Colour TV, "Bubble Tea" is an instantly memorable clash of melancholy fuzzy noise pop.

Taken from their debut album to be released next month – remarkably accomplished considering they have been together for a year – “Bubble Tea” suggests hidden depths and potential mass appeal.

Violent Femmes have announced the June release of a new four track EP and a U.S. tour this summer.

Their first collection of new songs in 15 years, Happy New Year was recorded this past New Year’s Eve in Hobart, Tasmania after the legendary band performed a sold out concert at the Sydney Opera House.

Listen to new tracks by Sorcha Richardson, Tamara Williamson and Lights That Change, AFTER THE JUMP… Originally moving to the USA to study, Richardson’s close relationships in Brooklyn’s electronic scene results in an understated sound reminiscent of late Everything But the Girl meets contemporary acts like Sinah.

"Petrol Station" will be released on May 26th with a number of summer shows planned across the USA in 2015.

Canada-based London-born indie rock artist Tamara Williamson (above) has been working quietly for years on her brand of atmospheric rock that may well remind you of PJ Harvey.

Foregoing a career in Opera, Tamara’s musical sensibilities began to blossom in a series of small, independent bands she formed in London before relocating to Toronto in 1993, where her band Mrs Torrance signed with BMG Canada before disbanding in 1998.

After the split Tamara embarked upon a solo career starting with debut album Nightmare On Queen Street.

Prior to the release of The Boat throughout Europe in May 2006, Tamara had toured France with Feist and Shannon Wright as part of the festival “les femmes s’en mêlent” and recorded a Black Session for French national radio.

"Who’s Next", the haunting third single from upcoming album Sister Mother Daughter Wife, is the raw version of her collaboration with Absolutely Free.

Originally a duo, Welsh shoegaze act Lights That Change have added bass player John Bryan and are gearing up for the release of their debut album Byzantium this summer.

Have a listen to album track “Voices”.

Previous Post: « Zac Efron Wants To Get You Into Your Body In New Trailer for ‘We Are Your Friends’ – WATCH
Next Post: U.S. Rep. Ted Lieu Introduces Federal Bill That Would Ban Ex-Gay Reparative Therapy »