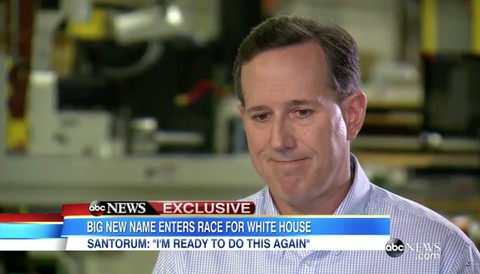 In a wide-ranging interview with George Stephanopolous that included ISIS, immigration, and Hillary Clinton, 2016 GOP presidential hopeful Rick Santorum took a moment to remark on the revelations that FRC staffer and family values crusader Josh Duggar sexually abused five underage girls more than a decade ago.

He took a different tack than Mike Huckabee, who stood by the Duggar family and called Josh's actions 'forgivable.'

Said Santorum, who posed with Duggar for a photograph (below) in March: