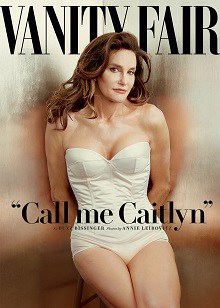 Speaking at the 2015 National Religious Broadcasters Convention in Nashville, Tennessee earlier this year, Huckabee said he wishes he could have pretended to be transgender in high school so he could have “showered with the girls” after PE.

Appearing with Wolf Blitzer on CNN Tuesday, Pataki initially attempted to excuse Huckabee’s comments as an attempt at humor and not to be taken seriously.

True to GOP form, Pataki also suggested that being transgender is a choice with which he disagrees.

“But in a government, where it’s supposed to be of the people, if someone chooses a path that’s different from mine, we should respect that as opposed to mocking it or in any way trying to prevent that.”

If someone chooses a path that’s different than mine, we should respect it as opposed to mocking…@Caitlyn_Jenner http://t.co/qNwmOMAVVU

Watch Huckabee’s speech, which begins to address transgender rights at about the 8:10 mark, AFTER THE JUMP…