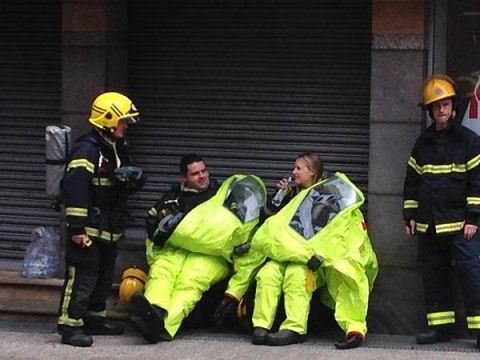 It’s believed that an envelope containing blue powder and bearing the word “goodbye” was delivered to GLEN’s Dublin offices. A GLEN spokesperson said staff were told to wait inside the building for the arrival of the bomb squad to inspect the package.

Thanks to this hero who saved the day.. pic.twitter.com/PdwiTbABsk