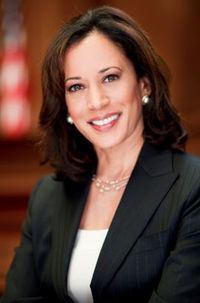 The disgusting proposed ballot measure, submitted last year by Huntington Beach attorney Matthew McLaughlin, called for the murder of gays by “bullets to the head” or “any other convenient method.” But Attorney General Kamala Harris (right), who’s normally required to generate a name and title for ballot measures before they advance to the signature-gathering process, sought permission from a judge to ignore McLaughlin’s, saying she didn’t want to give it legitimacy.

Harris responded to the decision in a statement:

“This proposed act is the product of bigotry, seeks to promote violence, is patently unconstitutional and has no place in a civil society. I applaud the court’s decision to block its title and summary. My office will continue to fight for the rights of all Californians to live free from hatred and intolerance.”

“Lest there was any doubt, a heinous California ballot initiative seeking to put gay people to death has been found unconstitutional,”said HRC President Chad Griffin. “HRC thanks Attorney General Kamala Harris for her continued leadership in standing up for the rights and dignity of LGBT Californians, and Superior Court Judge Raymond Cadei for recognizing that this barbaric initiative has no place on a ballot in California or anywhere else.”

And from Assemblywoman Susan Talamantes Eggman, chair of the California LGBT Legislative Caucus, whose members sent a letter to the state bar seeking an investigation of McClaughlin:

“This measure was unconstitutional, and was itself speech inciting violence, and therefore unprotected by the First Amendment. We applaud the initiative taken by Attorney General Harris and the wisdom of Judge Raymond Cadei, together sparing California any further effort in fighting it.”

In addition to widespread condemnation, the Sodomite Suppression Act has generated debate about whether California should adjust its liberal rules for ballot measures. And not everyone is thrilled with the outcome. From The Sacramento Bee:

In response to Monday’s decision, the executive director of Consumer Watchdog agreed that “there is obviously no gray area” in the fact that murder is illegal. But she worried about a precedent of attorneys general going to the courts to block other ballot initiatives with a similar argument.

“I do worry that it opens the door for another attorney general to decide another issue they don’t like is unconstitutional, be it campaign contributions and the First Amendment or what happened in Proposition 8,” which outlawed same-sex marriage, Carmen Balber said. “It’s a disturbing slippery slope.”

Read the full text of Judge Cadei’s order below.