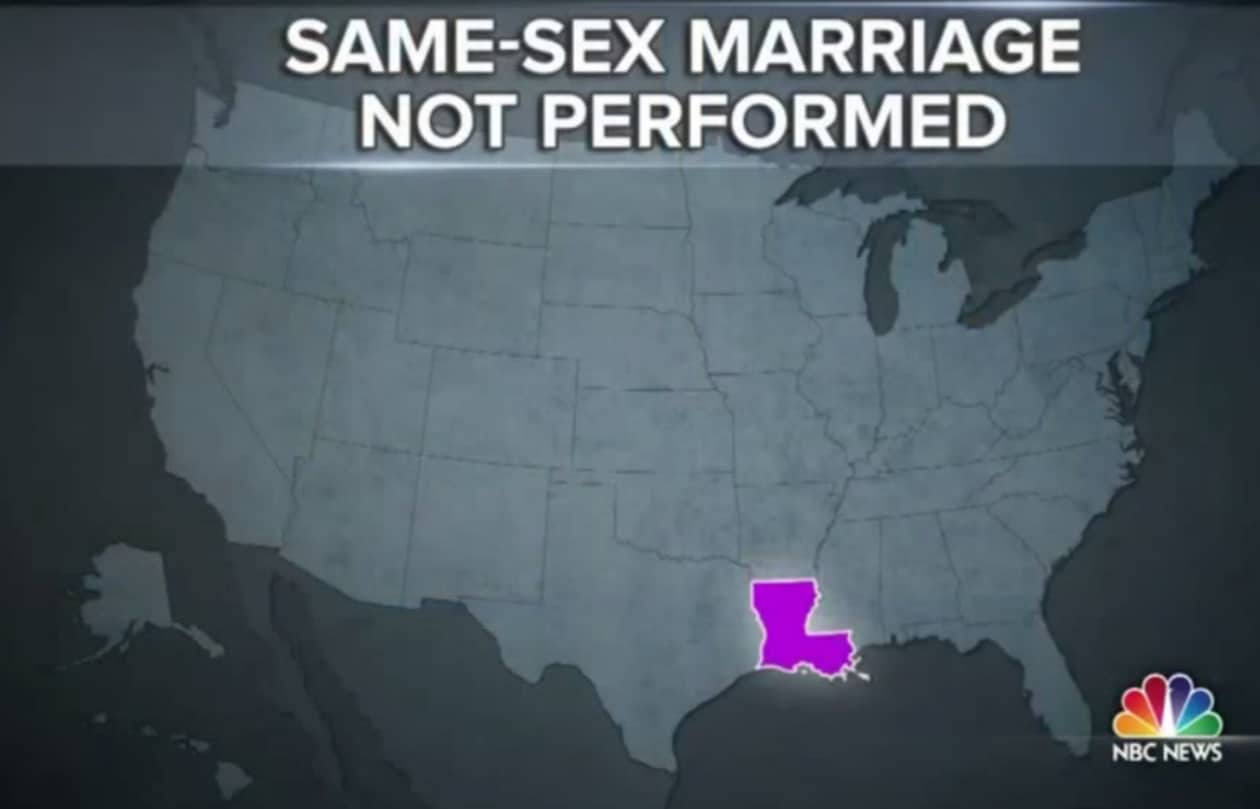 Louisiana Governor Bobby Jindal said Sunday that his state will comply with the Supreme Court’s ruling legalizing same-sex marriage despite the fact that it is the only state in the union not to perform same-sex marriages since Friday’s ruling.

Jindal told Chuck Todd on Meet The Press, “We don’t have a choice. Our agencies will comply with the court order.”

Appearing from the state capital, Baton Rouge, the governor explained his state is waiting on a 5th U.S. Circuit Court of Appeals decision to reverse a previous ruling upholding traditional marriage and implement the high court’s ruling.

On Friday, the state’s attorney general’s office issued a statement saying it found nothing in the Supreme Court’s decision that made it a legal requirement for officials to comply immediately.

In his interview, Jindal also made sure to sound the dog whistle of so-called ‘religious liberty’:

“I think it is wrong for the federal government to force Christian individuals, businesses, pastors, churches, to participate in wedding ceremonies that violate our sincerely held religious beliefs,” Jindal said. “We have to stand up and fight for religious liberty. That’s where this fight is going,” he added, noting that President Barack Obama and Hillary Clinton both have “evolved their views” on the issue as public sentiment has changed.