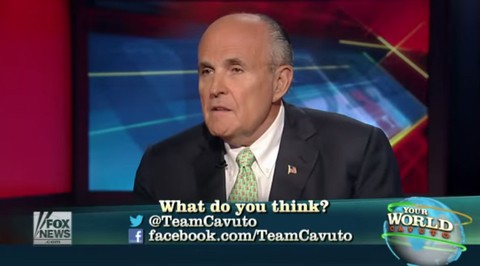 Rudy Giuliani was on FOX News talking about the violence in Baltimore and was asked by host Neil Cavuto why he won’t be running for President in 2016. Giuliani answered that he would be unable to win his party’s nomination because of his stance on so-called ‘social issues’:

Giuliani: Because I believe I can’t get nominated because of my views on gay marriage, I’m in favor gay rights, I’m in favor of gay marriage. I see it as an issue of equality. I’m pro-choice. I’m anti-abortion personally but I’m pro choice. I’m pro-immigrant and I haven’t backed down from it.

Watch the clip, which turns to the question of gaY marriage and gay rights at the 8:05 mark, AFTER THE JUMP…