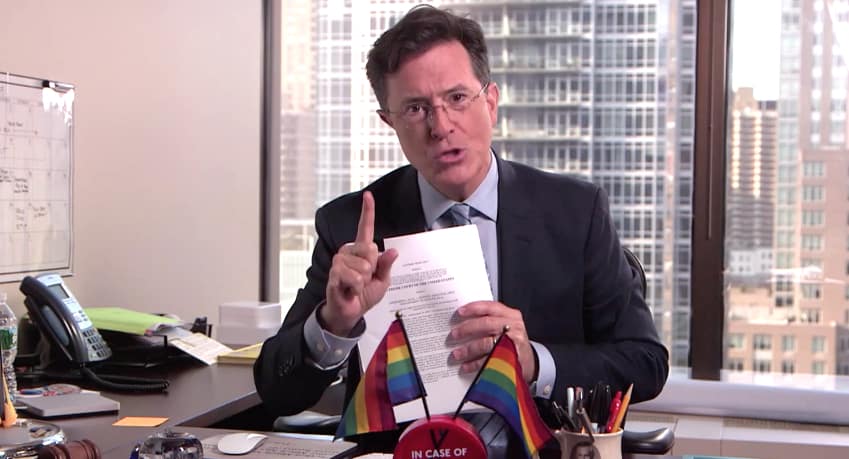 He then proceeded to take aim at the four SCOTUS justices who dissented on the ruling, particularly Chief Justice John Roberts and his statement that the ruling “had nothing to do” with the Constitution.

“So gay couples, you can expect this card from him at your wedding: ‘You guys are perfect for each other, and a cancer on our democracy.'”

“Justice Scalia was a little more nuanced in his criticism, writing that if he ever joined an opinion that began the way Justice Kennedy’s majority decision did, ‘I would hide my head in a bag.’ I could have sworn he was already hiding his head in a flesh-tone cinch sack. Please come on my show, sir.”