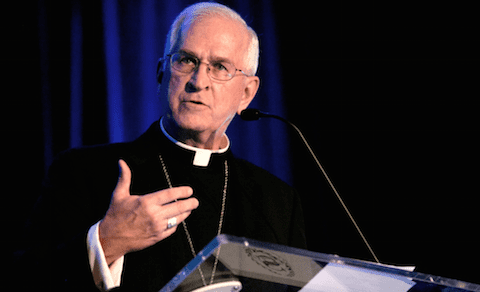 Archbishop Joseph E. Kurtz, president of the U.S. Conference of Catholic Bishops, released a statement declaring that the bishops will continue only marrying heterosexual couples:

“Jesus Christ, with great love, taught unambiguously that from the beginning marriage is the lifelong union of one man and one woman. As Catholic bishops, we follow our Lord and will continue to teach and to act according to this truth.

“Today the Court is wrong again. It is profoundly immoral and unjust for the government to declare that two people of the same sex can constitute a marriage,”

Kurtz reiterated Family Research Council’s Tony Perkins’ views, comparing SCOTUS’ decision to the ruling in the Roe v. Wade case in 1973, declaring that neither decision is “rooted in truth.”