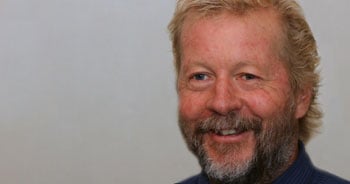 Yesterday, we told you about a professor at St. Lawrence College in Ontario who, angry over a news article on the flying of the rainbow flag in St. Petersburg, Florida to mark Pride, wrote on Facebook, “It’s the queers they should be hanging, not the flag…”

The professor in question, Rick Coupland, was brought in for questioning about the post by St. Lawrence College. Coupland then wrote on Facebook,

“I have to go off Facebook for awhile. I’ve been called into work and told to bring a representative re: my comments on FB. Please pray for me and my job…”

St. Lawrence College has now announced on Twitter that Coupland has been fired.

1 of 2: As a result of complaints about comments made on social media that were brought forward to the College,

2 of 2: this matter was investigated internally. Mr. Coupland is no longer an employee at St. Lawrence College.

Coupland is a member of the Association of Covenant People, a group that believes in “the lineal descent of Anglo-Celto-Saxondom from the Twelve Tribes of Israel.”