The EEOC is the Equal Employment Opportunity Commission; its job is to stop employment discrimination and to hold companies accountable when they do discriminate. 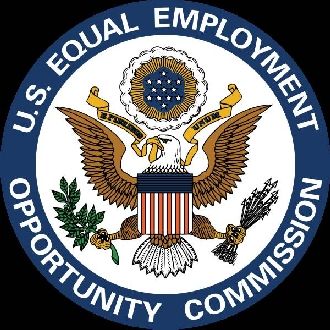 On Friday, in a 3-2 party-line ruling, the Commission held that discrimination against gay persons violates Title VII’s ban on discrimination on the basis of sex. This is potentially groundbreaking: until Friday, there was no federal law protecting gay workers if they are discriminated against because they are gay, and although only the Supreme Court can issue a definitive ruling on the subject, the EEOC’s view is given substantial weight by the courts. Plus, the decision may influence state courts on the matter, as well. Still, this huge step forward is unstable: We still have work to do to ensure that sexual orientation discrimination protections are codified in both state and federal laws.

Title VII, part of the Civil Rights Act of 1964, bans discrimination “on the basis of sex.” An employer cannot, for example, treat women different than men. Nor can they allow people to behave in a way that creates an environment hostile to women because they are women.

How discrimination “on the basis of sex” also covers discrimination of gays is pretty simple: discrimination against gays only occurs because of the victim’s gender. That is because the status of someone being gay or lesbian is defined relative to the person he or she loves. I am gay because I love a man; if I were a woman, I would be heterosexual and, thus, not the subject of anti-gay discrimination. Consider this example: Sam works for Big Corp. Last Sunday, Sam married Patrick and their announcement was in the New York Times. Today, Sam is fired because Sam is short for Samuel. If Sam were short for Samantha, he wouldn’t be fired. That’s sex discrimination. It is worth noting that this argument was at the core of an Obergefell amicus brief, submitted by two law professors, and criticized here.

Notably, this interpretation of Title VII is on top of a decades-old interpretation that Title VII bans gender expression discrimination. This, too, is discrimination on the basis of sex: Alice, in accordance with her gender expression, dresses more like a man than a woman. Her employer can neither make her work environment hostile by hurling slurs at her nor fire her because she doesn’t wear high heels. But this is only a problem because Alice is a woman. If Alice were named Albert and dressed like a man and didn’t wear high heels, there would be no basis for discrimination (unless that workplace decides to discriminate against men who behave like men).

This is a groundbreaking development because federal judges listen closely to EEOC decisions. The EEOC is the agency in charge of interpreting and implementing Title VII; the Commission is the expert in the law of employment discrimination. And basic principles of administrative law state that the judiciary should give significant deference to agency conclusions because, unlike generalist judges, EEOC commissioners are the experts in this field of law. So, although we would feel better if this ruling were handed down by a federal court, the EEOC has taken an enormous jump in that direction.

The EEOC case involved a federal employee, so the Commission’s decision gives federal employees an avenue for justice. But for those who work for most private companies, things are not so certain. True, the decision does not directly apply to them and their employers. However, the basis for private companies’ decisions to discriminate against gays is that Title VII allows it. It will be hard to make that argument now: at least according to the EEOC, Title VII does not permit anti-gay discrimination.

Still, more work needs to be done. We need to take this decision to the Supreme Court to ensure it applies to all workers. We also need a comprehensive anti-gay discrimination law passed at the federal level because this decision (and Title VII) only applies to employment discrimination. Gays are discriminated against in the provision of housing, education, and a host of other social services. But remember this EEOC decision. It will pop up again, and again, as we march further toward full equality.