Former Attorney General Eric Holder says there’s a possibility that a deal could be arranged between the DOJ and NSA whistleblower Edward Snowden that would allow him to return to the U.S., Yahoo’s Michael Isikoff reports. 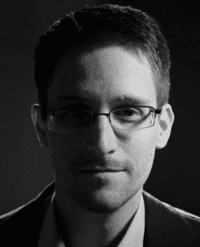 In an interview with Yahoo News, Holder said “we are in a different place as a result of the Snowden disclosures” and that “his actions spurred a necessary debate” that prompted President Obama and Congress to change policies on the bulk collection of phone records of American citizens.

Asked if that meant the Justice Department might now be open to a plea bargain that allows Snowden to return from his self-imposed exile in Moscow, Holder replied: “I certainly think there could be a basis for a resolution that everybody could ultimately be satisfied with. I think the possibility exists.”

Said Lynch spokesperson Melanie Newman: “This is an ongoing case so I am not going to get into specific details but I can say our position regarding bringing Edward Snowden back to the United States to face charges has not changed.”