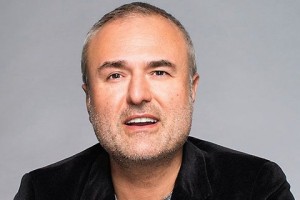 A story published on Gawker late last night purporting to out a high-profile media executive has drawn heavy criticism from online commenters, journalists, and even other writers for the “Today’s gossip is tomorrow’s news” site.

Sarget contacted the executive about the story and was provided the following statement:

I don’t know who this individual is. This is a shakedown. I have never had a text exchange with this individual. He clearly has an ulterior motive that has nothing to do with me.

Negative reactions to the article quickly began piling up. Among those who voiced their discomfort (and/or disgust) with the story:

Been a long time since I've seen such universal media revulsion for a media company's editorial decision: @jordansarge

To be clear: Geithner not a public figure. Closeted gay. Didn't have affair – backed out. So blackmailer goes to Gawker. Gawker cooperates.

There's no excuse for the Gawker piece, which I won't link to. It's disgraceful, and it shouldn't be referred to as journalism.

what the goddamn hell, Gawker. Seriously. Dude tries a shake down of a closet case, then randomly outs him. https://t.co/FqNkxXKMNI

Dont read Gawker much as it is. But that's the end of it for me.

Gawker Editor-in-Chief Max Read has defended the story, however, saying: “given the chance gawker will always report on married c-suite executives of major media companies f**cking around on their wives.”

A cached version of the original article can be found here. What do you make of all this?

Editor’s Note: A previous version of this post used a photo of the CFO and provided his name. After considering feedback from readers and out of respect for the executive’s family we have removed the photo. The image above is of Nick Denton, the managing editor of Gawker.