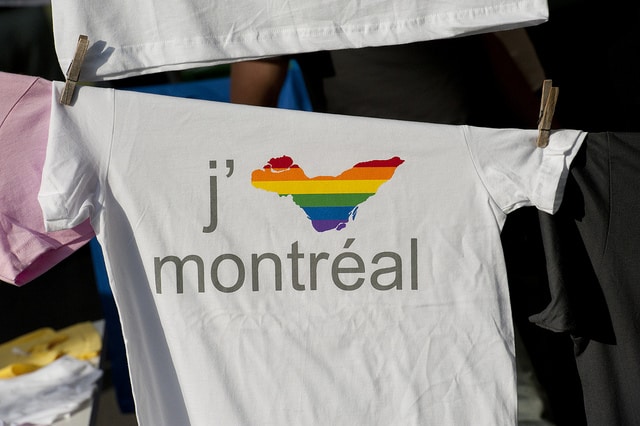 Gay Pride Montreal (Fierté gai, à la française) unfurls its giant rainbow flag, fabulous (and talented) drag queens, hot hot go-go boys and a whole lot of amour August 10-16. It’s one of our favorite Prides on the continent and combines the je ne sais quoi we love about French-speaking Canada with a friendly and enthusiastic (not to mention well-organized) British/North American vibe. Pride includes a week of activities and culminates with a parade on the 16th — the city’s largest.

It’s a great reason to visit but not the only one. Montreal hosts a fantastic annual international fireworks competition which features pyrotechnics companies from around the world displaying their best and most explosive effects. If you don’t get enough of our own fireworks over the July 4th weekend, the Montreal events take place every Wednesday and Saturday from now through August 1.

Visit this site for more information about the event and to see the schedule, times and featured countries. Locals argue over the best viewing spots; in reality there are many. One of our readers swears the best is from the roof top of the Auberge Hotel in the old port though we prefer the Sky Club rooftop (below) since it’ll have the added benefit of being packed with gay boys.

Whether you come for the fireworks or to make your own during Montreal Gay Pride, take note of a few of our things not to miss: 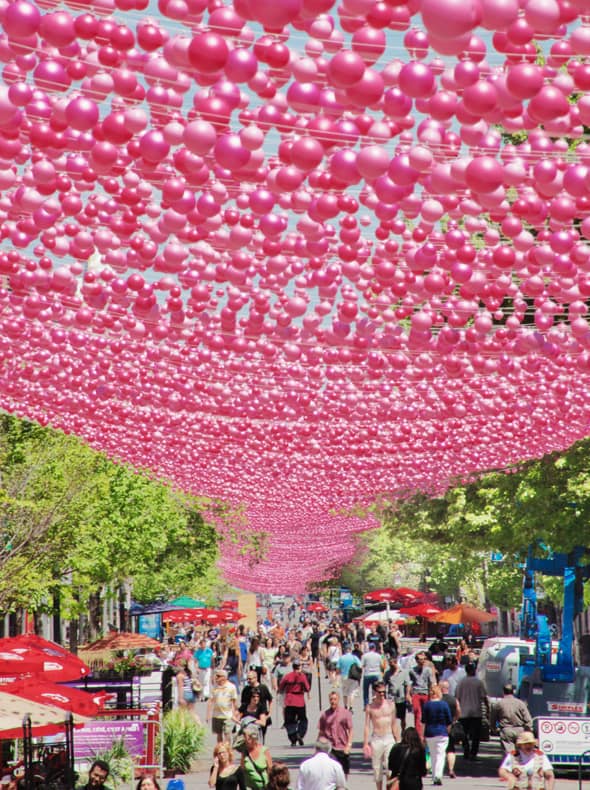 1. Stay fabulous or stay gay: The contemporary Hotel Gault stands behind an 18th-century stone facade in the heart of Montréal’s historic district, our first-choice lodging recommendation in the city. If you prefer to stay gay, The 352-room Gouverneur Hotel Place Dupuis at the edge of the Gay Village is perfectly located for exploring the city and crawling home from the bars. Service is friendly, though the rooms and public areas are tired, and in need of renovation.

2. Take a selfie with Pink Balls: It’s art and it’s definitely kinda gay. Over 170,000 illuminated pink bulbs stretch along Ste-Catherine East (the heart of the gay village) and just beg to be included in your Instagram feed.

3. Party like a French rock star: This French-accented town knows how to party and entertain. You don’t even have to travel far with some of our favorites clustered in the Village: Code (great music and vibe); Sky (amazing terrace); and Black Eagle/Aigle Noir (for the leather and bear set and their admirers);

4. Catch a show. If you haven’t seen Mado and her talented troupe of performing cabaret queens, you haven’t really seen drag. Many of them actually sing, with great voices, and choreograph intricate dance routines. You can visit the club or find out where they’re performing during Montreal Gay Pride.

5. Video tour. If you can’t get there in person, check out gay-friendly Tourism Montreal’s web series, “Montreal Boy: Some Strings Attached” and enjoy a virtual French-Canadian romance à trois.

For even more insider recommendations in Canada and other destinations in the U.S and around the globe, download ManAboutWorld Magazine on iTunes (iOS) or Google Play (Android). 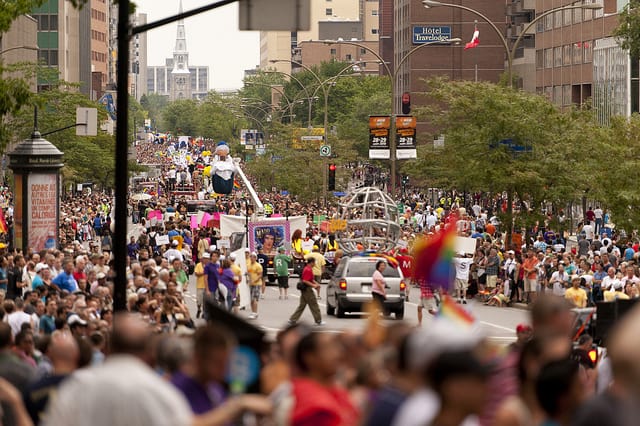