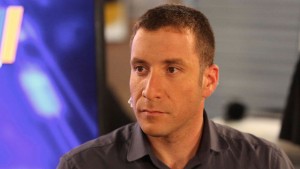 A member of Israel’s Knesset parliament has publicly come out as gay in response to yesterday’s stabbing attack at a gay pride parade in Jerusalem that wounded six.

“It is no longer possible to remain silent,” wrote 35-year-old lawmaker Itzik Shmuli in a column published online Friday.

ynet has more of Shmuli’s column translated to English:

“We can no longer remain silent because the knife is raised against the neck of the entire LGBT community, my community,” wrote Shmuli. “It will not stop there. This is the time to fight the great darkness.”

“This terrible criminal act that once again happened in “the city of God”, is an attack on all of us,” he continued. It attacks the right of all of us to be different, make our choices, accept differences and include the other.”

Shmuli further wrote: “Israeli society is wounded, it has been stabbed in the stomach. It is losing its compassion for other people just because they are different. It is losing its acceptance of others. There is a direct connection between those hanging loudspeakers in front of a hostel for autistic children to keep them away to those people who stab people whose only desire is to live according to their conscience and desire.”

Shmuli was first elected in the 2013 general election.

“This is a terrible act of violence and one the United States would strongly condemn,” he said in response to the Washington Blade’s question about the incident.

Israel’s prime minister Benjamin Netanyahu has also spoken out against the attack:

In Israel, everyone, including the LGBT community, has the right to live in peace, and we will defend that right. pic.twitter.com/H2fex3edfC