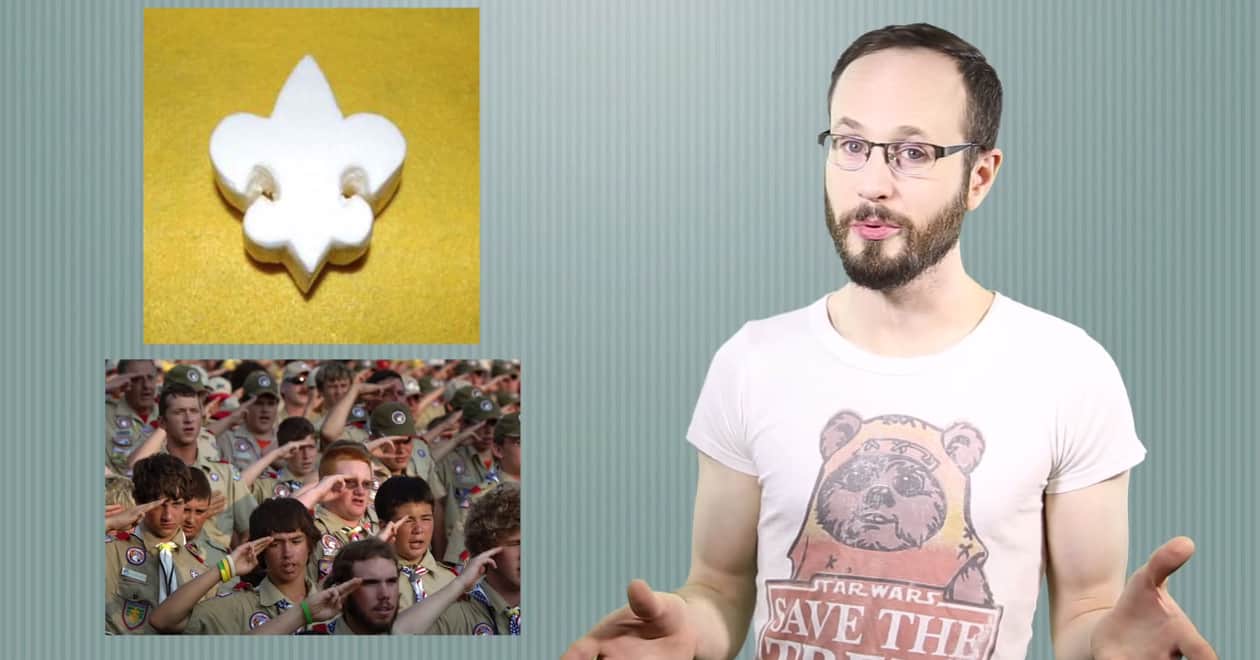 In a new video posted to his channel today, Matt Baume explains the history of anti-gay animus in the Boy Scouts and the implications of yesterday’s vote to end the ban on gay adult scout leaders.

Though the National Executive Board of The Boy Scouts of America voted to lift its nation-wide ban on gay adult scout leaders, the organization will still allow local chapters to decide whether they will discriminate against gay scout leaders. As Baume notes,

“The Boy Scouts are a private group…and they’re free to decide who can be a member. In fact, individual chapters are still allowed to deny access to LGBt leaders. Non-discrimination laws just don’t apply here, like they do for public facilities and businesses.”

As for why gay adults have been barred from openly serving as leaders in the Scouts, one need look no further than the anti-gay religious right. Over the years, virulently homophobic leaders like Tony Perkins and Bryan Fischer have insisted that homosexuals are pedophiles. Consequently, gay scout leaders could not and should not be trusted around children. Thankfully, such baseless pseudo-science has been disproven and the overwhelming vote in favor of gay scout leaders yesterday proves how weak their arguments are.

A former scout himself, Baume also explains why having openly gay scout leaders will make a difference in the lives of LGBT youth:

“I didn’t know that I was gay when I was a 7 year-old Boy Scout. I just knew that I was different. And nothing would have been more important to me than to know that I wasn’t alone. And when I got a little older to have seen that people like me aren’t a threat and are just as trustworthy, and helpful and loyal as anyone else.”