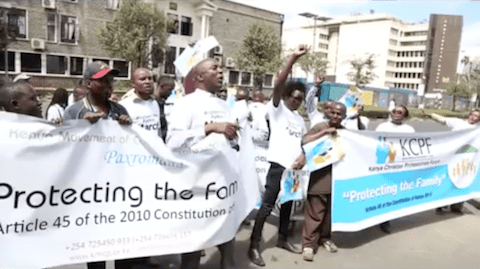 A young gay couple was evicted out of their Nairobi home after their landlord discovered they’re gay reports The Advocate. The couple disclosed that their landlord told them to “go wait for your Obama,” as President Obama is scheduled to visit Kenya and was previously warned by the Kenyan government not to speak about LGBT rights during his visit.

“There have been more beatings, evictions, and attacks when public discourse focuses on the community. It gets heightened and it will only increase momentum as Obama’s visit gets closer.”

Officials from the White House disclosed that President Obama will not censor himself overseas. However, Kenyan House Speaker Justin Muturi plans to ban Obama from bringing up LGBT issues during his visit.