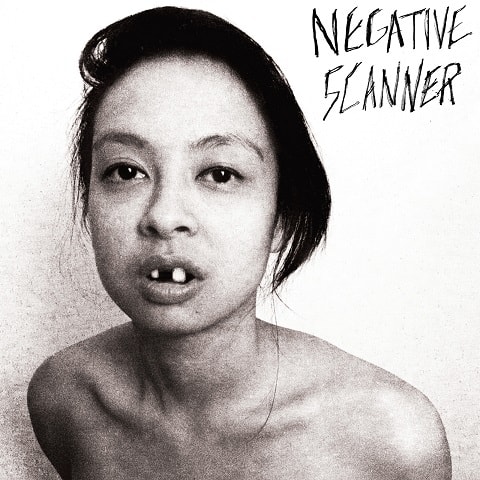 Most tracks are available on a Soundcloud playlist, some of them on a Spotify playlist.

Pulling no punches with opening track Ivy League Asshole, Negative Scanner represent the punk side of the “post punk” conundrum which includes coldwave, pop punk, actual punk, sometimes post rock and much in between.

Based around Rebecca Valeriano-Flores’ debauched vocals more than reminiscent of Siouxsie Sioux, following a hectic launch the album eventually kicks back into a section recalling 90s acts like Veruca Salt and the best that riot grrllll had to offer.

Hot out of the starting blocks, the quartet thankfully don’t make the rookie mistake of overstaying their welcome. Clocking in at eleven tracks over 27 minutes, listened to gapless and loud the album is a thumping affair accented by clawing moments like the urgent denouement in Planet of Slums.

A Copy For Collapse – “Grey Sunday” 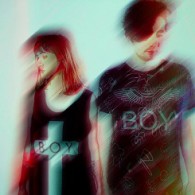 Italian electronic #shoegaze act A Copy For Collapse (above) has released a video for “Grey Sunday”, produced by Andrea Corsini, in support of their recently released second full-length LP Waiting For.

They released their debut album The Last Dreams on Earth on Seahorse Recordings in 2013 and the Lucid Dream EP in 2014.

They have collaborated with Canadian-Ukrainian dreampop duo Ummagma, Russian shoegaze darlings Aerofall, as well as Redrum Alone, Leland, and Ecole du Ciel. They’ve also shared the stage with Slow Magic, Darren Price (Underworld), Etienne de Crecy and The KVB and have been remixed by Euro-electronic-wunderkind Aucan, who they have also played with and will do so again this summer, in addition to Gazelle Twin.

Released via the label No Sense of Place, the album has its dark moments, but overall brings the duo closer to indie chill, dance and #dreampop territory than ever before. 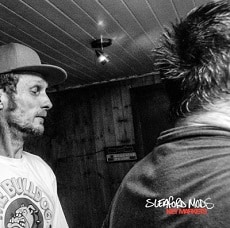 With proper grown up jobs a thing of the past and ten years of electro-pop-punk social commentary of which to be proud behind them, English duo Sleaford Mods return with Key Markets, their third album in three years and a work of sweary beauty it is.

With tongue sort of in cheek, the best thing about Sleaford Mods has always been the fact that they hate everything equally as much.

Be it the Sex Pistols, Shakin’ Stevens, politicians, farmers markets, pop stars, the British royal family, welfare, alienation – Jason Williamson has a pop at it:

From Rupert Trousers for example:

“Idiots visit submerged villages in 200-pound wellies, spitting out fine cheese made by that tool from Blur.

With a level of measured anger tempered by a vicious sense of humor and coupled with thumping bass lines and a self-awareness not seen since Half Man Half Biscuit, Key Markets makes it clear that Sleaford Mods can do what they want and they give not one damn what any of you think.

Protomartyr – “Why Does It Shake?”

Due out in October, “What Does It Take?” is the first track taken from Detroit post punk act Protomartyr’s third album The Agent Intellect.

At less than five minutes, the track somehow feels like a mini epic shoveling up the best of post punk and alternative rock over the last two decades or so.

Opening with a Parquet Courts drawl, the song erupts at 64 seconds with five seconds of squalling guitar noise that sound like a warm welcome home.

Previous Post: « Catholic Educator Fired For Being Gay Will Not Take Legal Action: VIDEO
Next Post: Homophobic Professor Protests Rainbow Flag On Facebook: ‘It’s The Queers They Should Be Hanging’ – WATCH »